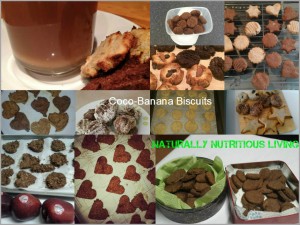 The Coco-banana biscuits prompted a remake by others as seen in this picture, including the use of grated apple too!

Excited by the simplicity, as well as the healthy treat option in these two ingredient biscuits that are free of dairy, sugar and gluten and grains, with the natural sweetness from banana and dried or desiccated coconut, a recipe that I happened upon in a vegan magazine discussing raw foods, where these biscuits were dried in a dehydrator for maximum goodness, I decided to give them a try.  Made in both the dehydrator and a conventional oven, the dehydrator was the better option, as the biscuits kept their crispy crunchiness over a few days, better than the conventional oven.

I baked these about 10 days ago and posted the recipe to Facebook, where it went almost viral immediately – I think that the simplicity of the recipe was the attraction.  Prompting re-bakes in all shapes and sizes and by the reviews, a deliciously good, easy to make, wholesome and enjoyable biscuit. 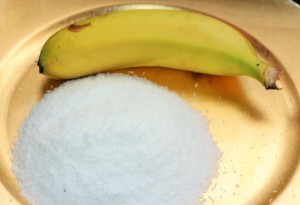 1 Banana (ripe, yet firm and with a yellow skin, not blackened and soft)

Optional would be cinnamon powder for seasoning, 1-2 tblsp raw cacao or cocoa powder for the chocolate taste, or other indulgences like raisins, raw nuts, goji berries and similar.  Note that only a tablespoon of the nut or raisins or berries should be added. One banana makes 4-5 medium to large biscuits which are crispy crunchy on the outside and soft and delectable on the inside. 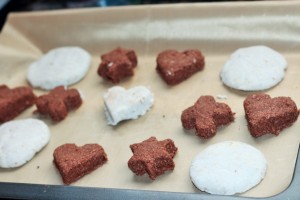 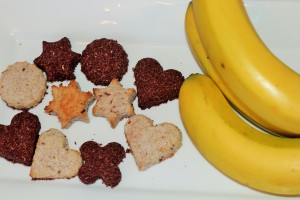