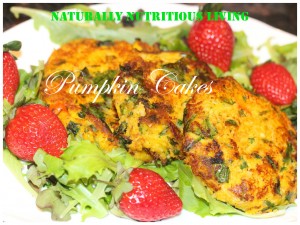 Latkes, shallow-fried pancakes of grated or ground potato, flour and egg, often flavored with grated onion or garlic and seasoning and is traditional to Jewish cooking.  I have experimented with various Paleo-friendly versions of a latke and having recently bought a garden-fresh pumpkin, I tried out a version with a combination of baby spinach and herbs and spices, to create a sandwich or bun base for a burger or breakfast eggs.  This worked amazingly well and the blend of the cooked pumpkin (which I oven-roasted, then mashed) with egg, and the herbs and spices, produced initially a delicate pumpkin latke – which firmed up beautifully while shallow frying.

Pumpkin is a versatile vegetable, when cooked, it has the texture of potatoes but is lower in carbohydrates, and produces a satisfying meal accompaniement. Rich in beta-carotene in it’s antioxidant properties, which are converted to Vitamin A in our bodies.

These latkes or pumpkin cakes turned out pretty delicious and awesomely savoury tasting, and are a refreshing change to aubergine or mushrooms as a regular burger bun.

1½ cup cooked pumpkin, mashed (I roasted the pumpkin.  You may steam it too) 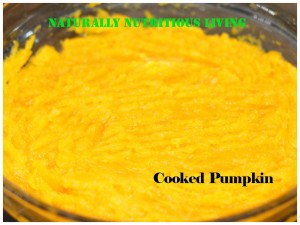 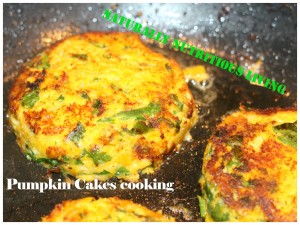 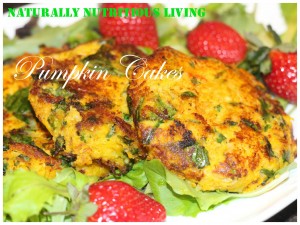 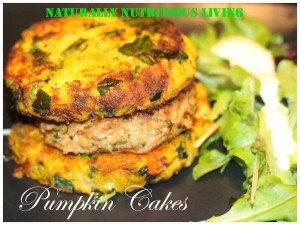