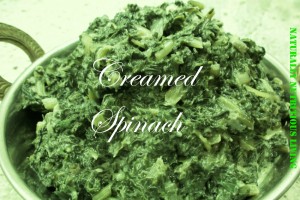 Onions and garlic…remember these two flavoursome cooking aromatics  when you prepare most cooked foods, veggies especially!

Often, garlic and onions are added at the very beginning of cooking to mellow their flavors before building a sauce, soup, or other complex dishes.  These aromatics work in cooking Spinach.

Spinach makes fabulous Indian meals!  Aloo Palak (Potato and spinach); Palak Paneer (Spinach and Indian Cottage cheese), Palak Dhal (Spinach and Lentils), Palak Gohst (Lamb and Spinach) are just some of the fabulous spinach based traditional meals we were raised on.  The best for me, growing up, was a simple braised spinach, using onion and garlic, tempered with dried red chilli and rounded off with a little tomato – an easy and effortless way to zhoosh up spinach.  Ideally spinach should be eaten as close to raw or raw…hence the blanching or steaming.  The long stemmed common spinach, as with swiss chard, should be cooked with flavour I believe!  If I want raw, then baby spinach, is the better option.

There are two ways to prepare creamed spinach.  You can either steam the spinach, squeeze out all the water and keep aside,  then make a sauce by melting ghee (reduce the quantity used in the recipe below) in a large pan or pot, adding sliced onion and cooking until the onions are soft and translucent then stirring in  coconut milk and adding the cooked and drained spinach. Season with salt and fresh lemon juice and VOILA you have Creamed Spinach!

Using the same ingredients, I opted to try it slightly differently, in a spinach braise, ensuring that the onions and fragrant garlic permeated the spinach….enough though, the recipe below which is pretty much an easy one will explain the process.  Cooking the spinach in this way, ensures that the nutrients are not wasted in the squeezing out of the liquid.  Using this method, with the pot lid off during the cooking process, worked well in drying out the liquid and also allowing for the flavours of the aromatics (garlic and onion) to totally blend in.

I served the creamed spinach in a baked large mushroom for a full vegetarian meal, – of course, you may also add sliced button mushrooms to the braising spinach for a creamed mushroom and spinach combo.  The creamed spinach may serve as a base or a topping for various protein and veggie meals. 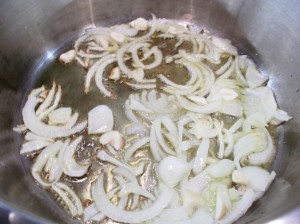 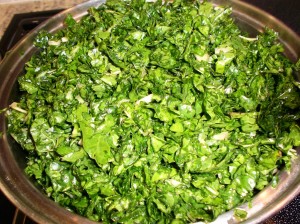 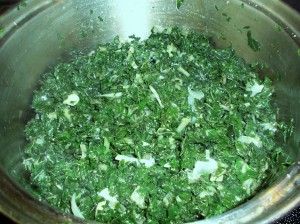 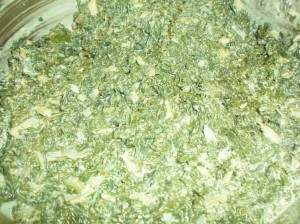