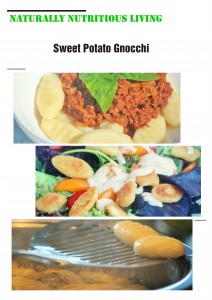 Pronounced Nyoh-kee, Gnocchi is a type of Italian dumpling traditionally made from potatoes and processed grains flour.  Gnocchi means dumpling in Italian and is fairly easy to make, even for Paleo.  An adjustment in the type of potato used and a mixture of almond flour and tapioca flour or the lighter arrowroot powder, produces a fabulous tasting gnocchi, and cooked right, are light and fluffy.  After a quick boil, they may be enjoyed with a bolognaise topping or may be lightly fried in coconut oil or ghee and served in a salad with a pesto or dressing of choice.

In making this recipe which was enjoyed with a combination of both a bolognaise sauce and fried in coconut oil, then added to a salad, the initial few attempts rendered them dense and chewy which is not the consistency that it should be.  With trial and error, and recipe adjustments, also ensuring that the egg white is well whisked till it is light and fluffy and using my hands to combine, slowly but surely, these gnocchi developed into the eye-talian kind.

These dumplings serve well for the once in a while comfort food indulgence, or as a pasta replacement.  While tapioca flour is the highest in carbohydrates of all the nut flours, combined with the almond flour, it works well in replacing processed grain flours and smooths out the gnocchi dough too. It is essential that the sweet potatoes are oven baked, as boiled or steamed renders it less-nourished and difficult to work with in this gnocchi recipe due to the moisture content. While tapioca flour is used in this recipe, previous makes with arrowroot powder produced a gnocchi much lighter in density than the tapioca flour.

To make this gnocchi a vegan meal, you may use a chia egg mix (1 tblsp chia seeds to 1-2 tblsp water, mixed into a gel consistency).

These dumplings are an amazing comfort food delight.  The extra gnocchi, unboiled, may be frozen for later use.  Defrost and add to boiling water, then fry in a bit of coconut oil or ghee, they present beautifully! 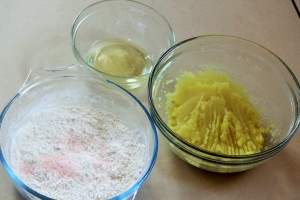 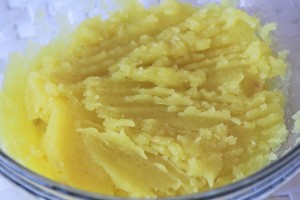 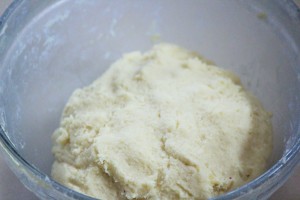 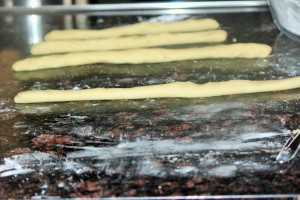 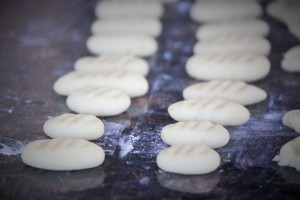 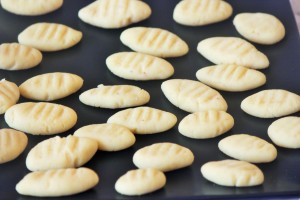 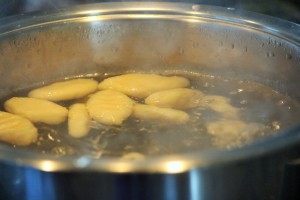 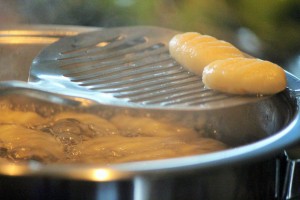 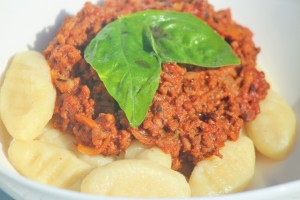 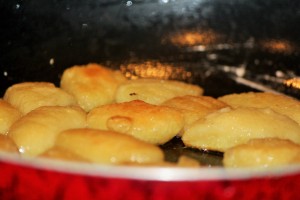 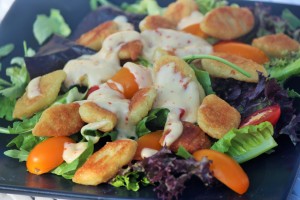 Gnocchi fried in coconut oil, served on a salad and topped with a chilli-cashew mayonnaise.