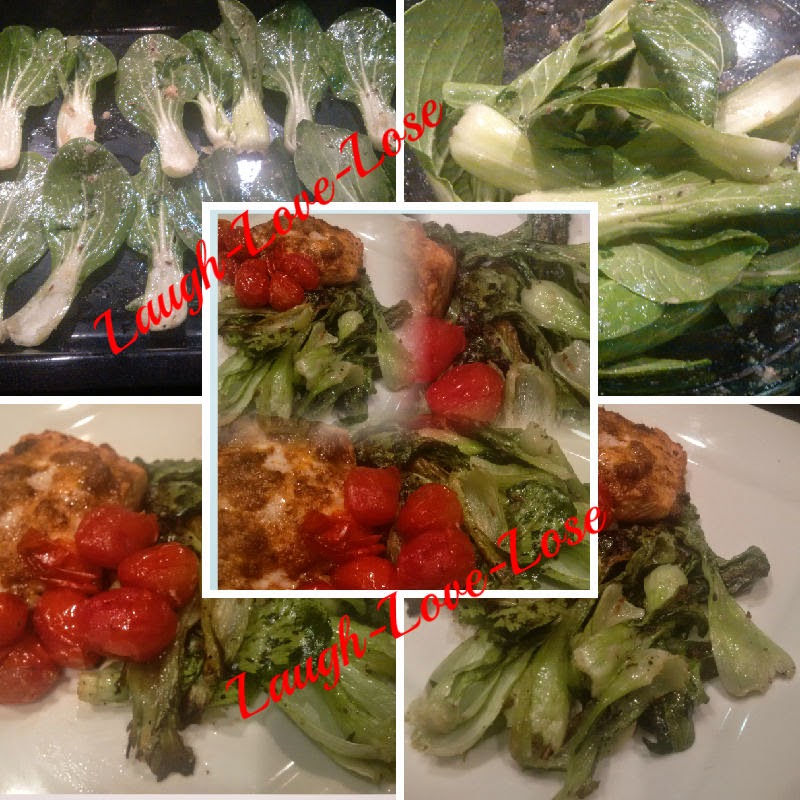 I love bok choy! Bok Choy or Pak choi is a variety of Chinese cabbage and is low in calories but offers an abundant source in minerals, nutrients and vitamins.   Eating it often, it is included in my stir frys or soups, at the end of the cooking process,  to add crisp, green nutrition to my meals.  I recently started including this as a side dish to my meals and have tried oven grilling it which works well too.  Leave it for a tad longer than the recipe advises, and a snack of bok choy chips is ready.
I  have been experimenting recently with a few nut oils which I have been fortunate to have been given by a relative and which are difficult to source from regular supermarkets. In this recipe I used walnut oil, which is best used in salads or mayonnaise, and ideally, should not be heated as it could give off a slightly bitter taste. However, following a recipe I sourced on the internet, trying out this oil,  the blend of the garlic, ginger and cumin seeds worked well to produce a nutty taste to the bok choy.
This is definitely an oven-grilled appealing recipe I will use again!
Ingredients 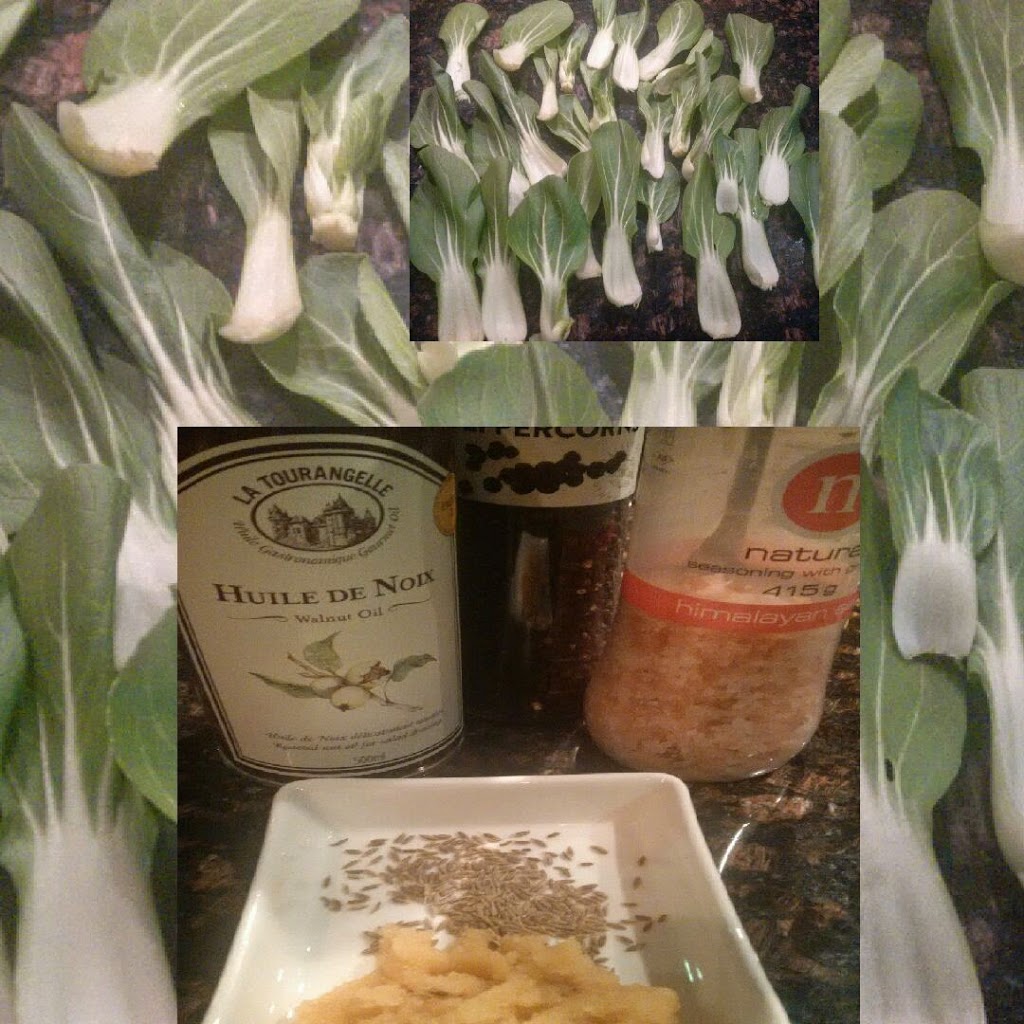 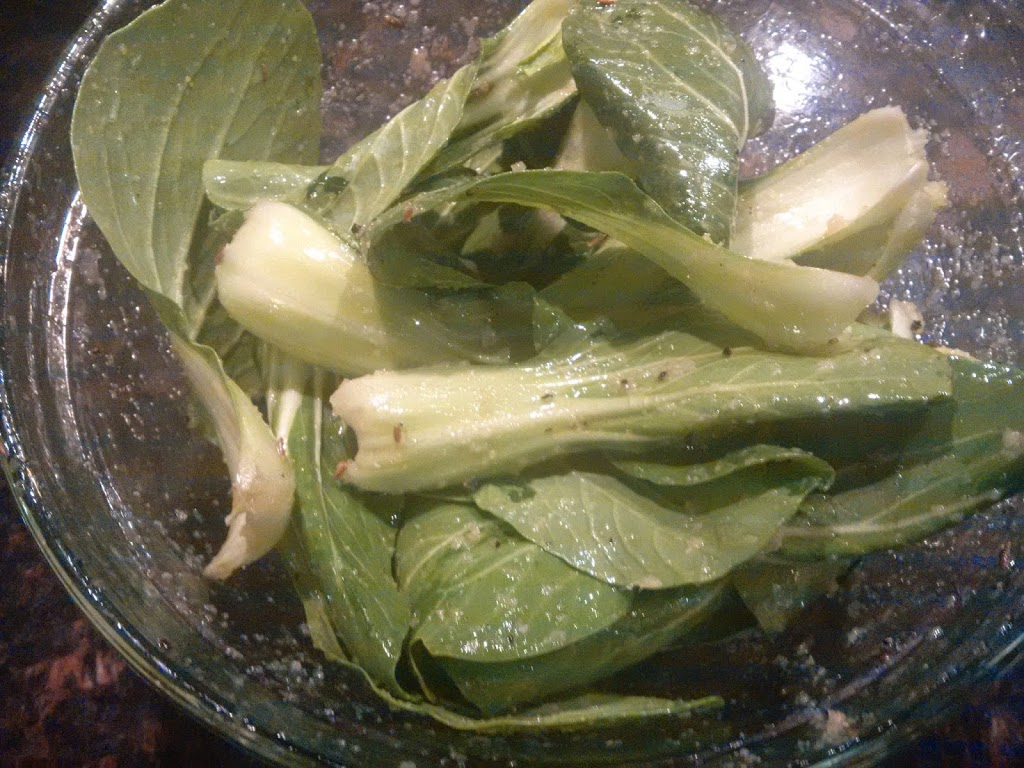 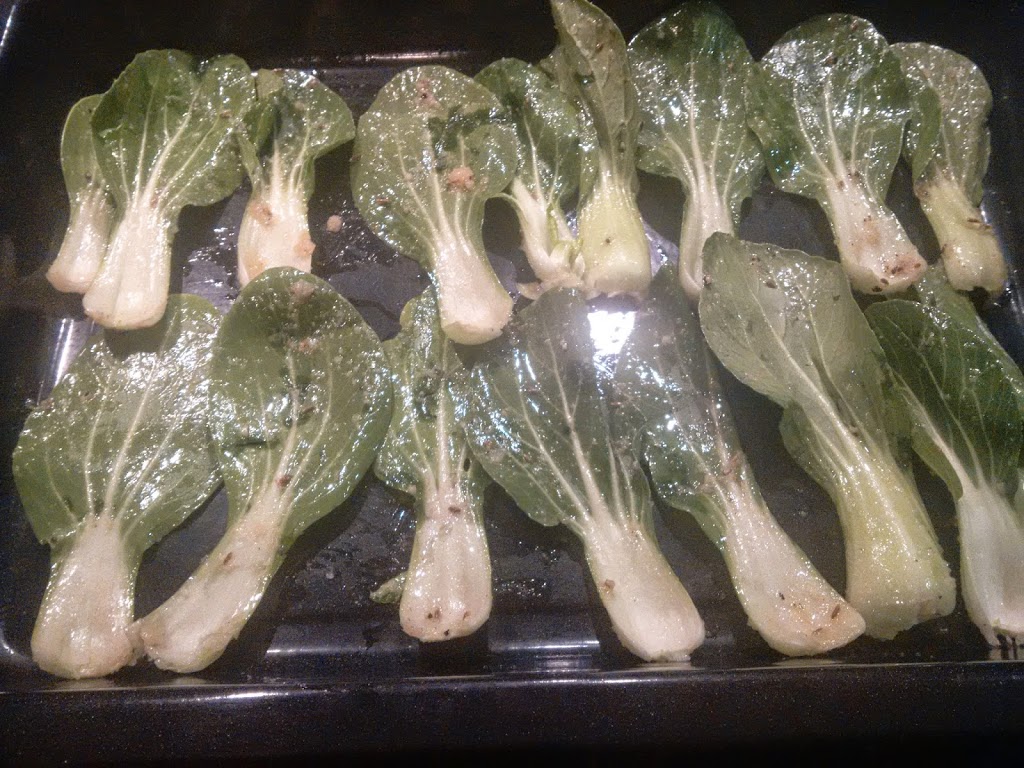