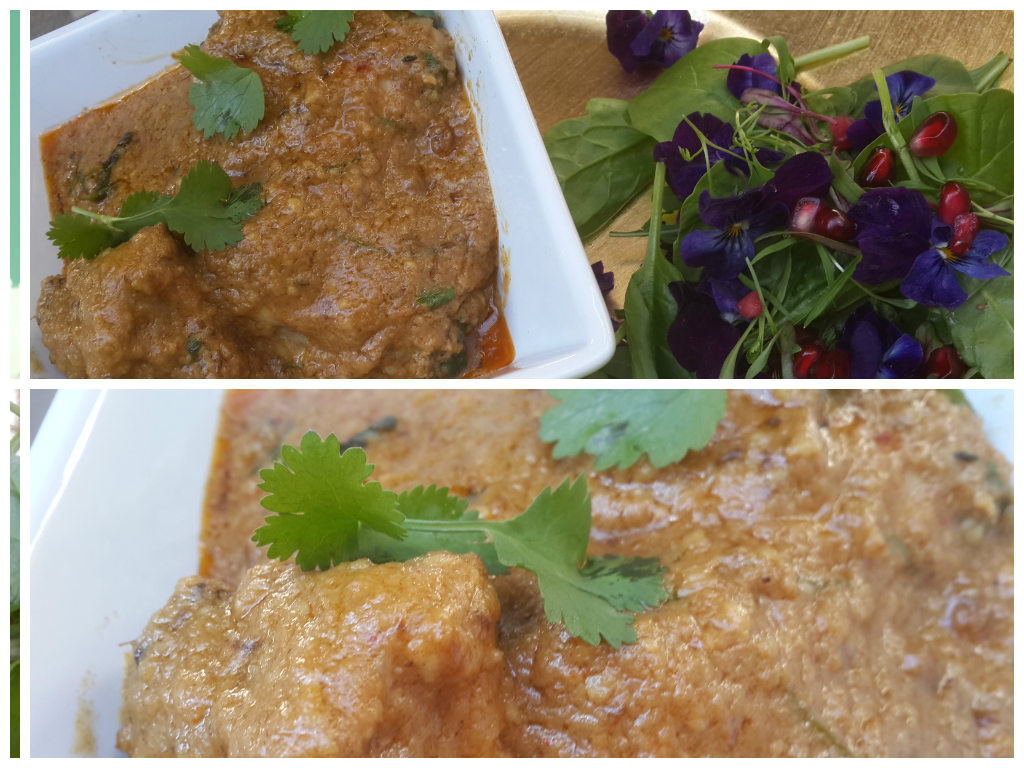 A Korma is a characteristic Indian dish which has it’s origins dating back to 16th century Northern India Moghul cuisine.   Korma is defined as a dish where meat or vegetables are braised with water, stock, and yogurt or cream added. The technique covers many different styles of korma.
The flavour of a korma is based on a mixture of spices, including ground coriander and cumin, combined with yogurt kept below curdling temperature and incorporated slowly and carefully with the meat juices. Traditionally, this would have been carried out in a pot set over a very low fire, with charcoal on the lid to provide all-round heat. A korma can be mildly spiced or fiery and may use lamb, chicken beef or game; some kormas combine meat and vegetables such as spinach and turnip. The term Shahi (English: Royal), used for some kormas indicates its status as a prestige dish, rather than an everyday meal.

During my considerations about adapting a recipe for my current Paleo lifestyle, which is dairy free, gluten free, grain free and dairy free and adapting my favourite elder aunts’ recipe, I replaced the yogurt and fresh cream she would use with coconut cream and coconut milk and where she would use ground almonds to create the sauce, I chose to use raw cashew nuts purely for the variance from the taste and texture of almonds, that I have tasted in the past. This recipe is a tomato-less, nut-based sauce, which is rich in taste and texture. Cashew nuts replacing almonds, brought out a richer taste and texture to this korma and the inclusion of saffron, coriander and cumin powders combined with both coconut cream and coconut milk make the subtle flavours stand out, making this meal one of decadence, that I am indeed proud of.  My non-Paleo eating family asked me to make more!

This was another meal that was cooked with love and patience – the proof is in the taste of this slow cooked, decadent, richly royal korma – a definite not-to-be-missed attempt by anyone wanting an Indian meal deluxe. 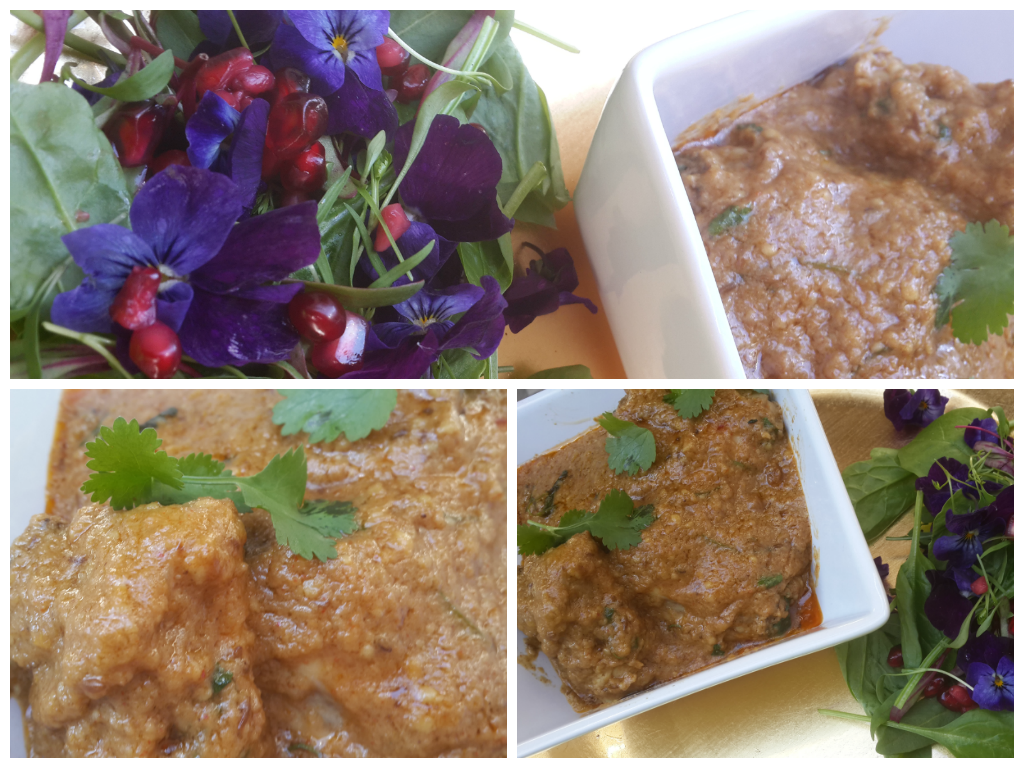 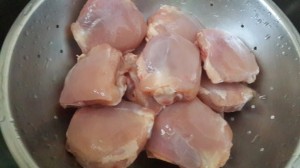 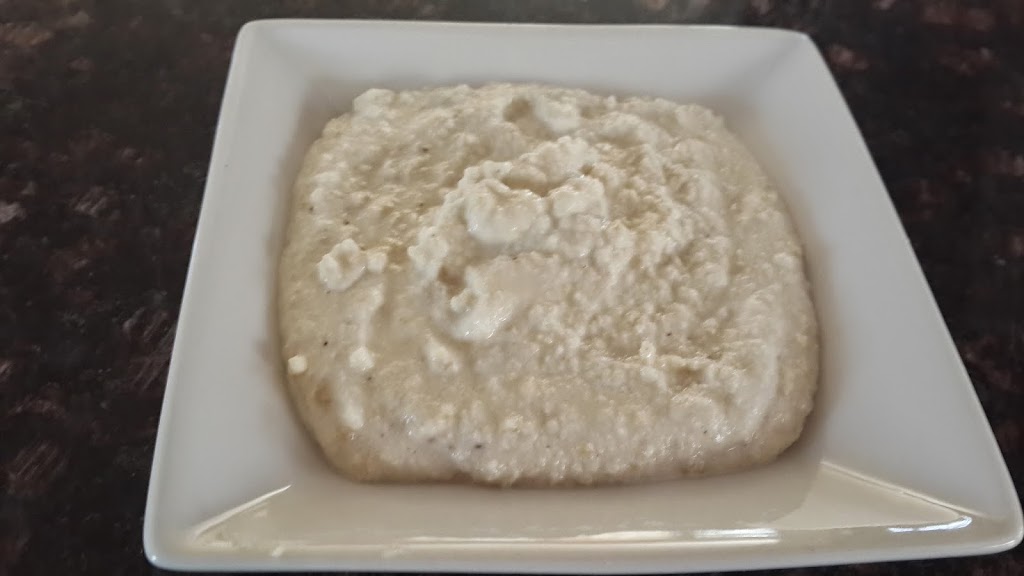 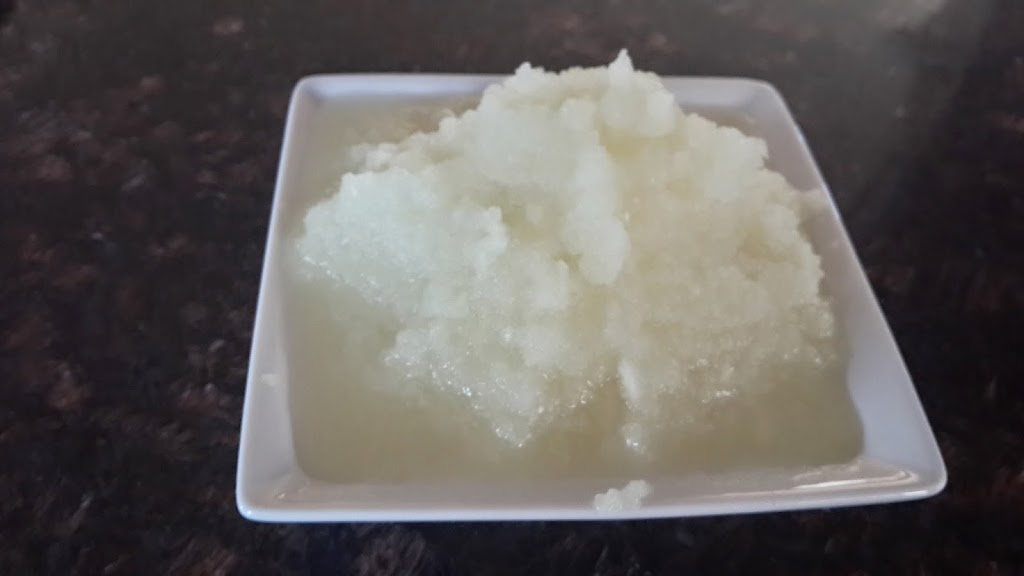 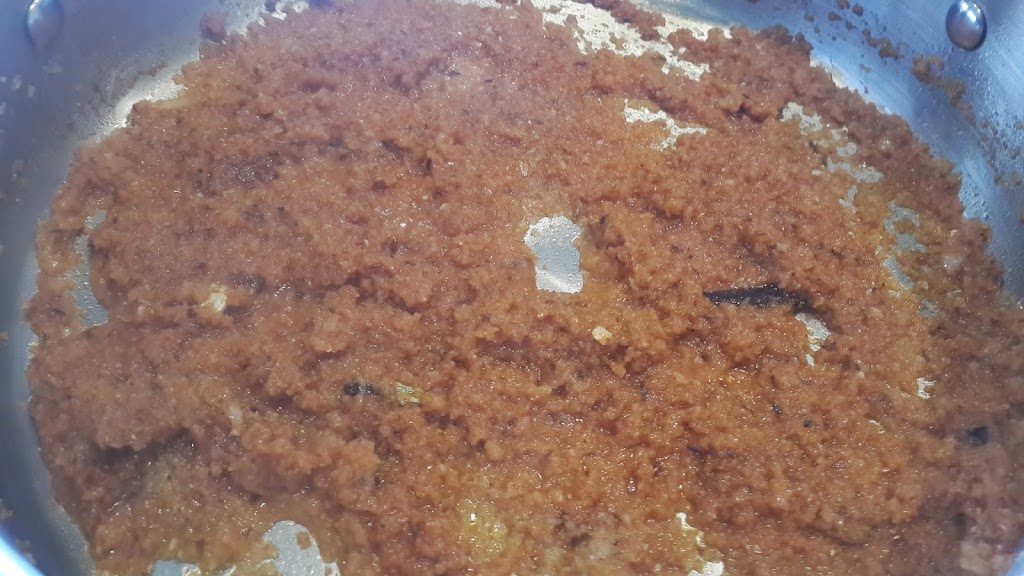 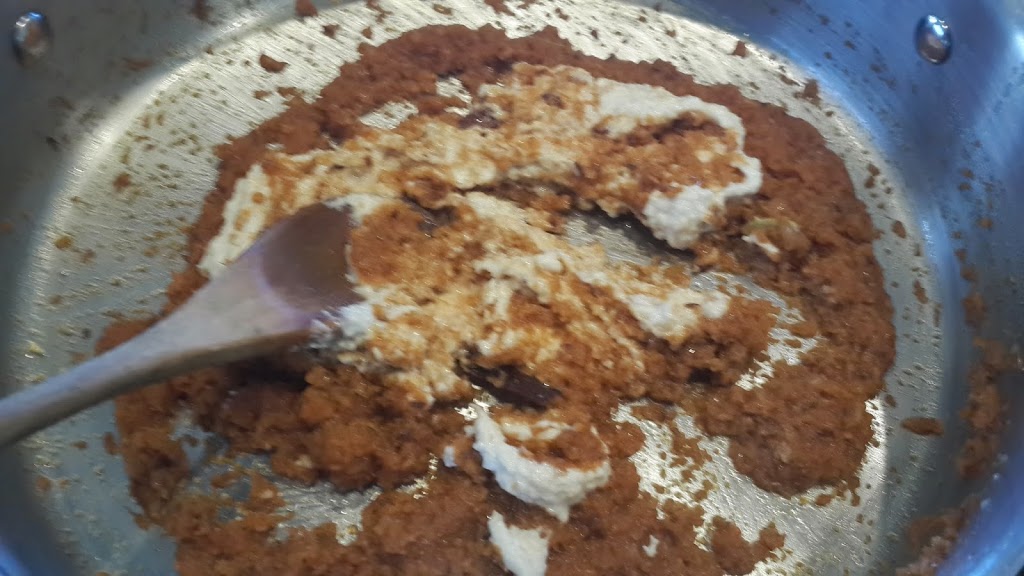 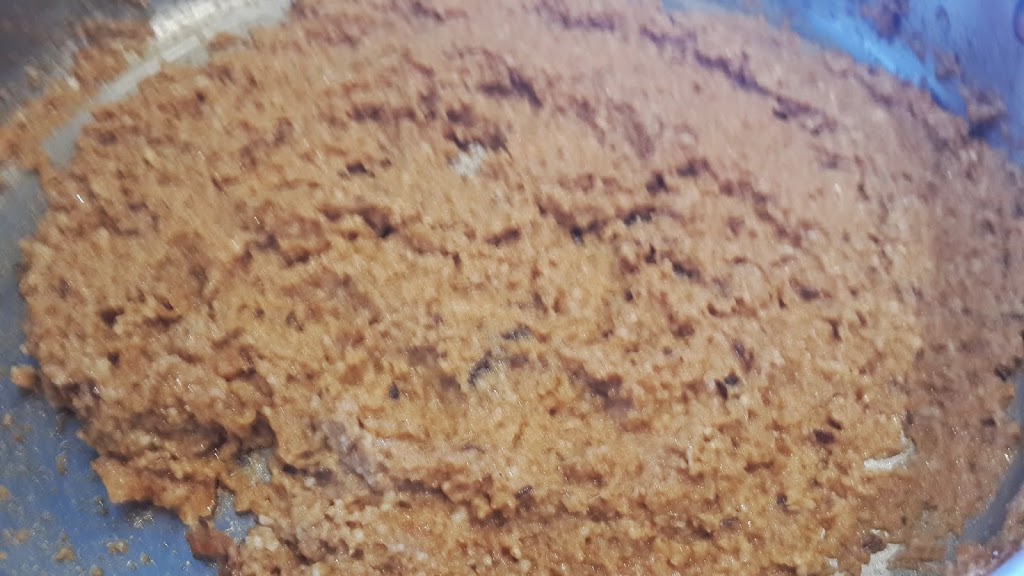 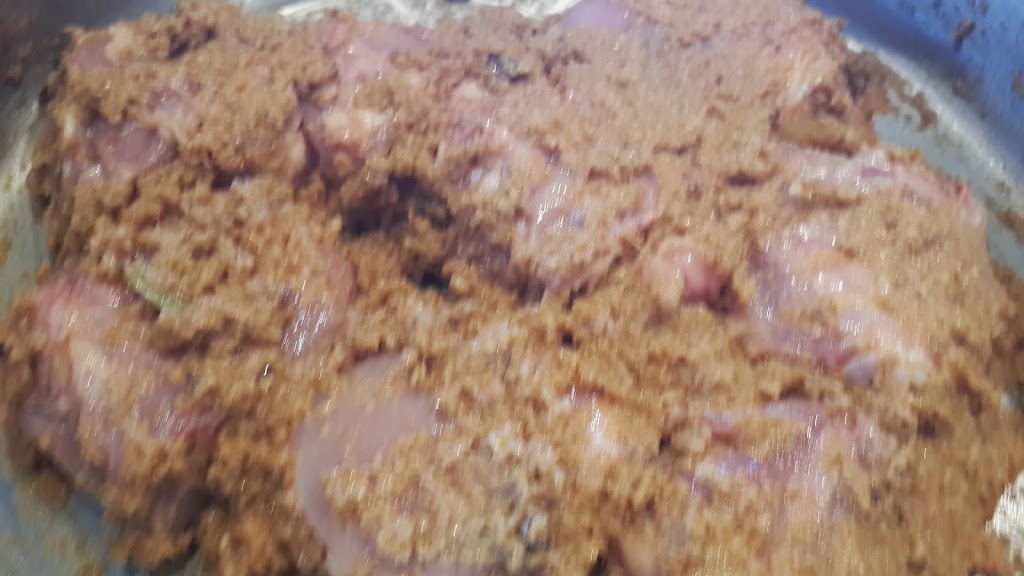 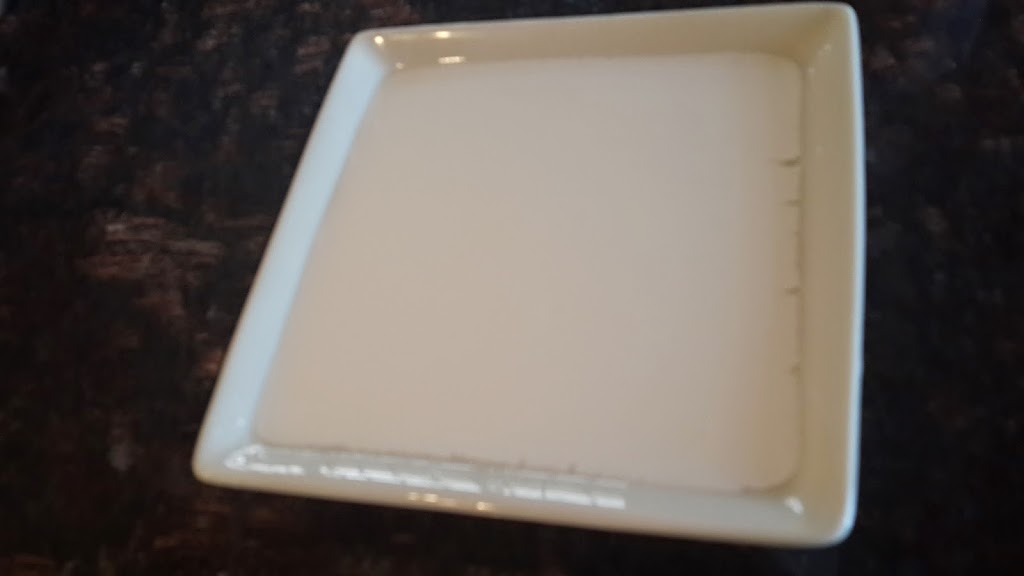 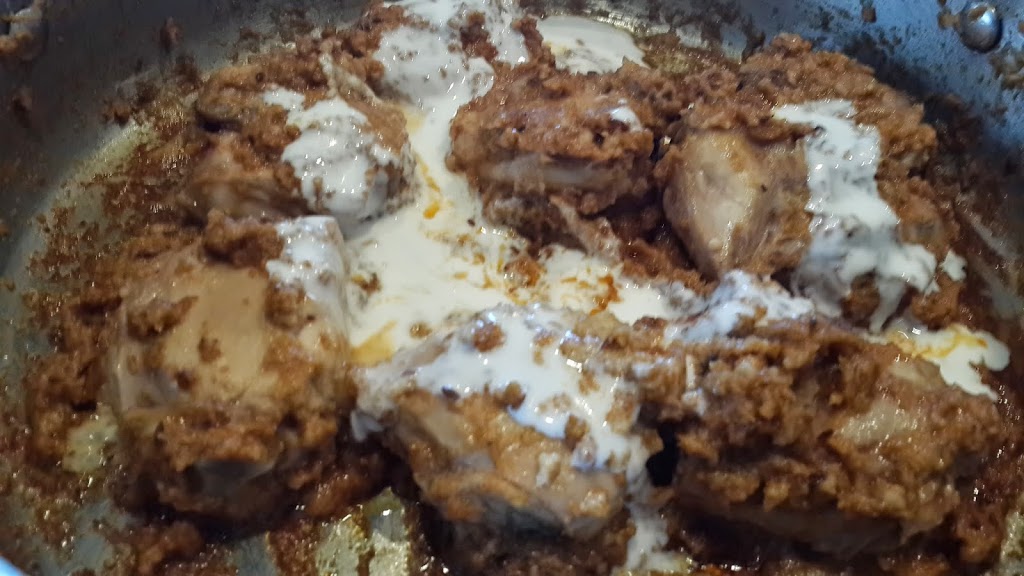 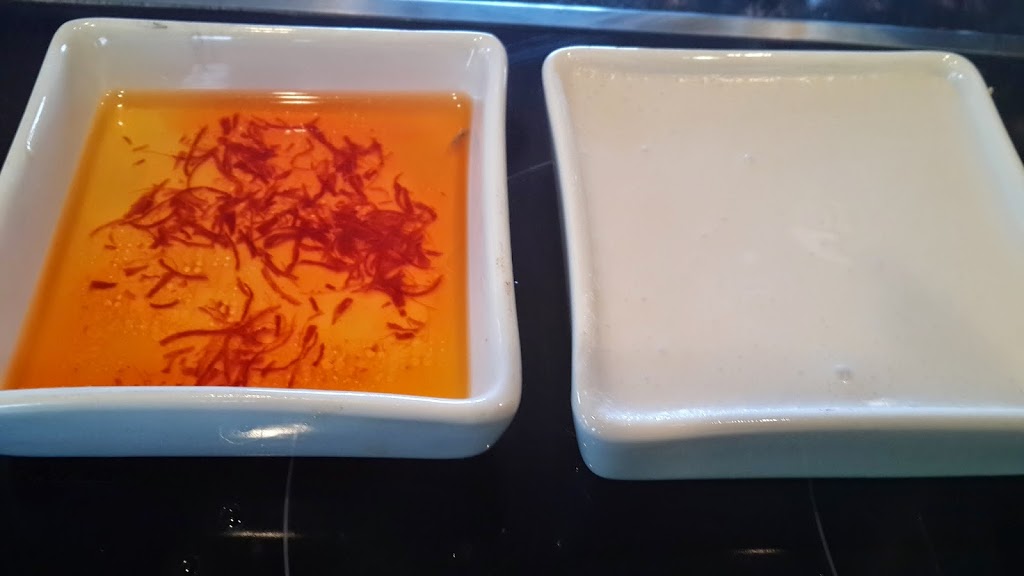 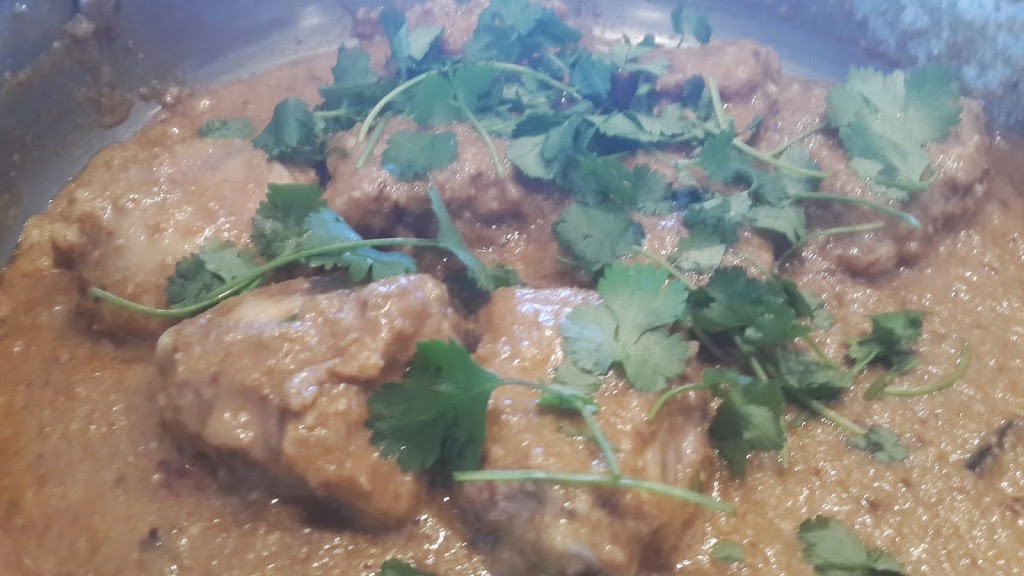 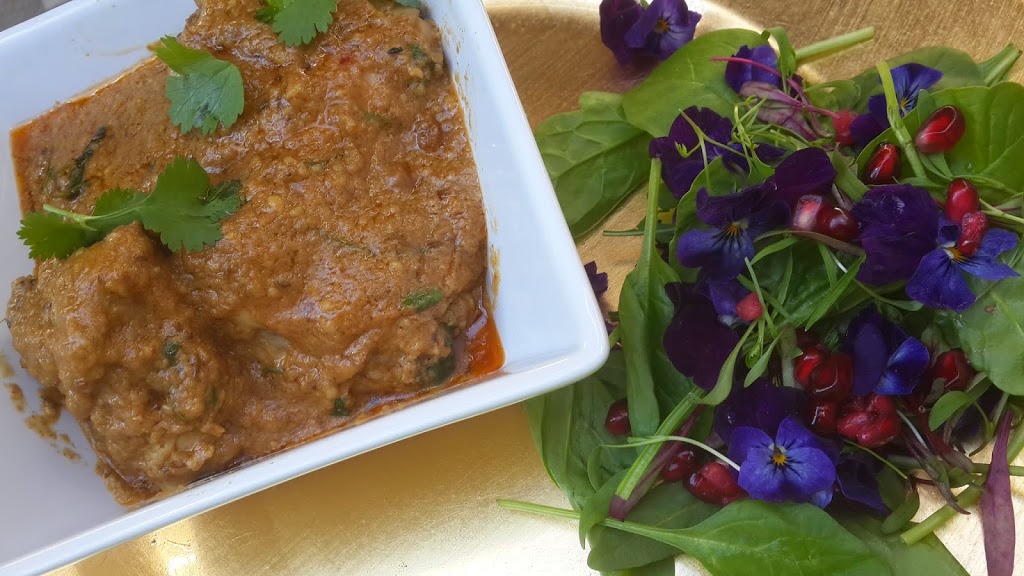