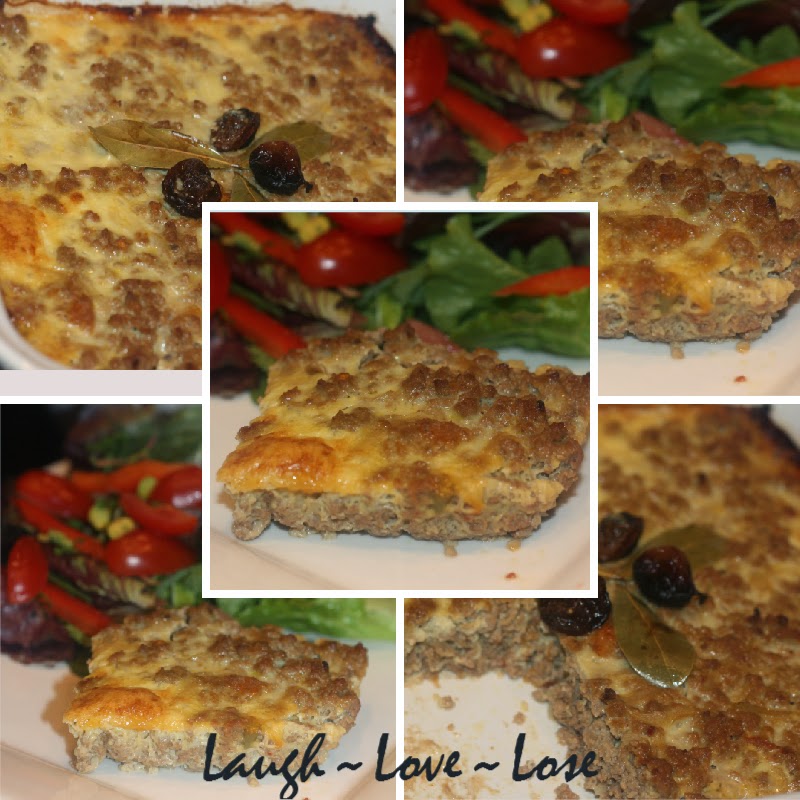 In preparing the recipe for the last day of my Recipe a Day in the month of May Challenge, where a good friend challenged me to prepare a meal with the recipe for her to remain motivated in her sugar and processed foods detox for 30 days, and realising how simple it is to adapt meals for a similar lifestyle, I attempted this with keen enthusiasm, right down to making my own chutney to replace the apricot jam and peach chutney that is used in this traditional South African dish.

Bobotie is a South African dish with its’ origins dating back to 1609 and is credited to the Dutch arriving in what is now Cape Town in the early 17th century and adopted into Cape Malay cooking.  This is a dish of cooked mince and dried fruit with an-egg baked topping cooked in the oven with a bain-marie effect.  The recipe itself is not overly spicy cooked and the dried fruit gives this dish it’s authentic flavour.  Today there are many variations in the herbs and spices used in this recipe and individuals create the flavours they desire.  The common addition is Mrs Balls Chutney which is a well-known South African apricot and peach chutney traditionally made with the additions of sugar and vinegar.

In adapting this recipe for my Paleo lifestyle, I have created a meal very close indeed to the real thing.  This Apricot and Peach Chutney proudly mimics the Mrs Balls Brand and I chose to make it extra hot with the addition of habanero and green chilli. The contrast between the sweet, sour and pungent is remarkable!  Bread soaked in milk then drained off is used to bind the mince mixture.  I used half a beaten egg, as I have used in my meat and fish balls, and this worked excellently.  Coconut milk whisked with egg rounds off this dish similar to the egg and milk topping traditionally used.

I have opted not to include almonds and raisins in the mince as is the norm but I have included it in the recipe for those wanting a traditional babotie that is free of preservatives and sugar.  Served traditionally with yellow rice and a tomato gravy, I have opted to enjoy it with a fresh salad that complemented this dish perfectly. 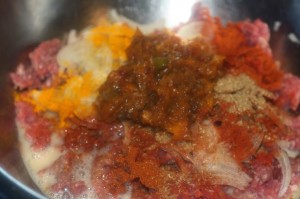 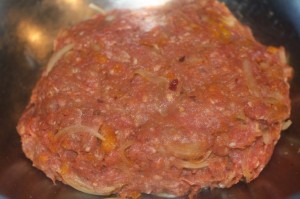 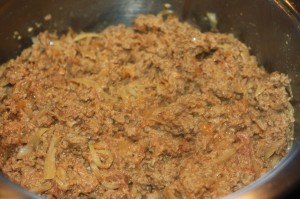 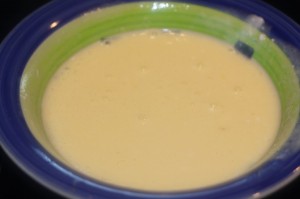 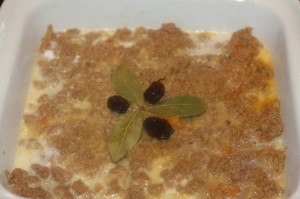