~ Feeling the MAGIC 8 months along ~ 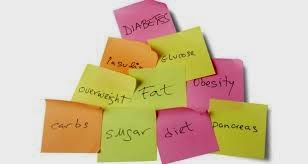 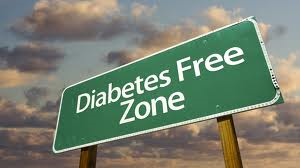 Our lives are a narrative, a story with a past, a present and a future. With the dawning of each new day we have the opportunity to fill out the blank page for that day and invariably, add a tale to our life-story that will inform our future generations of the life we lived, imparting a combination of experiences, history and knowledge about who we were but more importantly, inform ourselves of our trials and tribulations and how we can make our future better than the day before and the months and years before that.  We cannot re-write the past but we can make strides in, and towards, fine-tuning our present and securing our future through the choices we make…– Pravaisim

Marsha Noman said:  Dreams are the illustrations from the book your soul is writing about you….

March 18, 2014 marked my 8th months anniversary in my journey to health and weight loss Utopia and possibly also the day that my soul tatoo’d my dreams into my book of life…Again, a quiet, normal day same as my 6th month healthier me anniversary-without ceremony, fanfare or pomp, but every so much more positively different this time around, two months later….

Health stands out as the first needful aspect of my journey, very needful in fact – as a needle-pushing and pill-popping diabetic I had reached a glass ceiling in feeling dismal and mournful about my twice daily injecting, tired of needle-pricks both on various parts of my anatomy and those many times a day finger pricks.

In beginning to write a new chapter in my book of life a day after my 45th birthday, and looking back to that day and to the many chapters written since then, I can truly say that I never thought I would reach the day where I would write that those needle-pricks and pill popping would form a chapter and verse of my history. Being in diabetes remission 5 months after beginning my journey, was something that offered a turn around in my health status, but one I was sceptical about nonetheless.  Reading up on reversing Type 2 diabetes, somewhat convinced me that although it was achievable, it wouldn’t form part of my personal achievements, as I felt I was too far gone to be saved, so to say.

March 2014 didn’t get off to  a great start for many reasons, self-set deadlines in other aspects of my life were time consuming and not achieved for many reasons, including apathy on my part.  It’s difficult trying to cook in a skew pot that does not sit firmly flat on a stove-top, wobbling often almost to the edge of the stove – an experienced cook though will make the most of the centre-core of that pot and in as many ways, that centre stirring produced some of the best cooked meals! Somehow I remained consistent, hyper-persistent, and stuck to my planned personal goals, not wavering once, not even for a quick-when-no-one’s-watching- bite of that delicious, spicy, deep-fried samoosa, that once ruled my Saturday shopping mornings, or even for a crumb of bread that beckoned from the freshly made sarmie or toast that I made for my precious bread-loving boys

My decision to go public regarding my journey was a personal one but sadly one that was frowned upon by a few, including family and sister Ms SHE-whom-shall-not be named, but I did it for ME and in the hope of offering hope, among others, to those caught up in a tangled web of food and addictions of the body and mind.  But the same Ms SHE-whom shall not be named, was partly instrumental in prompting me to begin with changing my lifestyle – well she nagged and ragged me about it all along, and has been a great source of inspiration to me with her tiny framed body and healthy yet bird-like appetite, her inspiringly & spiritually peaceful Shilpa Shetty Yoga work outs and her very regular Ipod-in-ear trot-walks on the “drive” despite her hugely stressful yet rewarding work schedule- who is now beaming her huge smile of pride my way each time she sees me, which isn’t very often by the way – and I KNOW she is very happy with the change in my health status.  So, a part of my otherwise very private life was being opened up to the public – and in many ways this has been an epic 8 months in the making, where the norm as in any “open” situation, perception-formed opinions…et al, abound. But on the positive side, the general consensus and support of my journey has been phenomenally fabulous and extremely support-based.

I digress  though, as to the pre-8th month Paleo Reboot-iversary I  now back-track.  A few days before that I had occasion to go for a range of tests, including blood-work to re-look at my diabetes remission status.  Each visit to my doctor is a pleasing one, well from an aesthetics point of view[insert a giggle here] as the guy’s eyes literally pop open-wide each time he sees me.  This day was without exception and immediately put me at ease for his needle-pricks and prods and handling of my body fluids that were to follow.

The tests were in three phases, first a blood pressure reading, second,  a urine analysis, where the readings would be available immediately, and thereafter a 5 blood vial extraction which would be sent of for more invasive macro and micro-biopic analysis which would be available 2 working days later.  Blood pressure reading was steady at 116/78, so no more hypertension tablets were necessary. The doctor then gave me a grin when he pronounced the results of the first phase – PH Normal, Glucose levels Normal, No ketones present, No nitrites present. No proteins present.  I beamed, as it was the first time that I had released so much of “nervous” wee and have the analysis come back PEE-perfect!  I think both him and I were very taken aback and I didn’t feel him drawing the 5 blood vials, which came quickly as the weight loss now makes my veins visible and penetrable as opposed to having “no veins” 8 months ago.

I left my doctors rooms in cautious elation, as even though the diabetes remission was current, I was now Pee-perfect and I knew that I was extremely consistent with my lifestyle change plans – I think my mind was playing games with me.  The weekend took forever to pass and I recall having a much troubled sleep on the Sunday night.  Monday morning, 17th March 2014, just after 09h30, my mobile phone indicated that it was Doctor calling me – a call I answered with slow deliberation.  One of his first words beyond the chit-chat,  were “I have good and bad news for you , which would you like to hear first”?  My heart dropped to my feet!  I didn’t respond actually and he went on to give me the good news, that in consultation with my physician and endocrinologist, after receiving the blood results – they announced that there is no trace of diabetes….mean fasting blood sugar  for the past 5 months has remained between 5.4 and 5.6 mmol. The normal mean result for non-diabetics is 5.5 mmol.  I never had a reading below 7 mmol 8 months ago, so this was both joy and music to my ears…my total MAGIC moment. Not even the bad news of  beginning my raised cholesterol medication again could dampen my spirits – and he went on to advise that my cholesterol is basically familial and hereditary and as my Low Density Cholesterol (LDL  or bad cholesterol) was raised to 5.8 again, their professional advice was that I was to resume the medication but continue with my attempts of lowering my body fat percentage through diet and exercise and regular monitoring.

So this 8th month update forms another chapter written in my book of life, both figuratively and literally – an update that has made me immensely proud of my abilities, achievements and fitness performance and I am in agreement with that which my dearest mom always advises me in general(even at my ripe age of 45!) “Prava,  if you put your mind to it, you will achieve it”.

My book of life entries are gaining in momentum and recently, every step in my journey has been a life-changing one. one that brings me much, much closer to, not perfect, but some form of Utopia, health and weight loss-wise – a journey that began with much trepidationn, but that which is evolving into one of MAGIC, one that I only dreamed about a few months ago, and not even dreaming that I would reach this health-status.

What’s holding you back from attaining your fitness and health Utopia?

In the words of a dear friend that pulled me out of a major identity-crisis and slump 2 weeks ago, being flawsome and perfectly imperfect becomes you,…So go on, flutter by and as you fill in that blank page in your book of life for today and your days ahead, and make your own magic, remember always…. 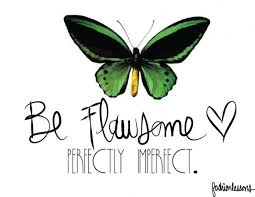