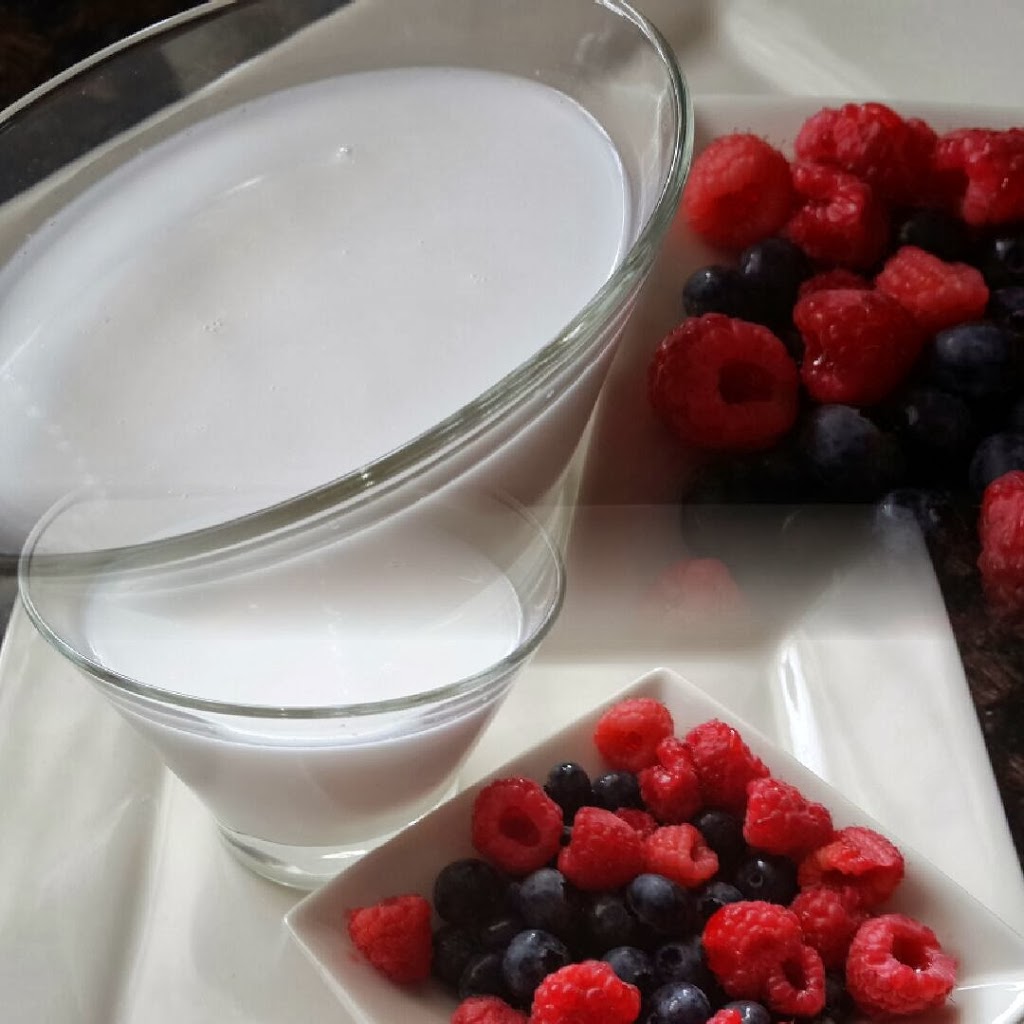 This is my 3rd attempt at home made coconut milk, each attempt improves on the last one.  Having used both fresh and dried shredded coconut, I can enthusiastically share that the fresh coconut milk is by far the best.  With the dried sugar and preservative free coconut, I hydrated by soaking it in the same water that I blended it with, to attempt to revive some freshness.  With the fresh coconut (and make sure that the coconut is fresh!) just a shake of the coconut to assess the water content, will alert you to it’s freshness – no water, not fresh! – no soaking is required, the fleshy coconut meat is ready to be turned into coconut milk right after it has been cut and cleaned!

I found that that making coconut milk is easier than making almond milk because you don’t have to pre-soak fresh coconut – although the peeling and grating the coconut takes some time and an extra bit of effort. If using dried shredded coconut it may take a while longer to blend to the consistency you want if you do not soak the coconut for at least an hour or two.  The fine texture of the desiccated or shredded coconut makes blending a little more difficult.

This recipe may be sweetened if required with 3-4 pitted dates, salt and vanilla. I recommend no flavouring at all as the coconut adds a lot of fresh tasting flavour on its own – one that surpasses the taste of canned coconut milk!

I acquired the hard shelled brown coconut from the local supermarket in the fruit and vegetable sections.  The coconut may also be found in spice stores.  Strength is needed to break the coconut into two pieces after the hairy outer covering has been removed and the water extracted by piercing the 3 holes on the head of the coconut, and emptying its contents into a cup and reserving for later use. To do this you would wrap the coconut in a kitchen towel and crack it against the edge of a brick surface, like the edge of a brick path border.  Alternatively a hammer or mallet may be used to strike it with force to break it in two.

After the coconut has been cracked open, the white fleshy meat needs to be removed from the hard shell. 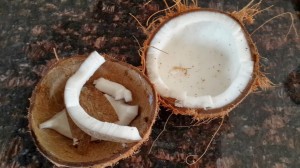 The coconut meat should be cut into pieces and the outer dark brown skin covering it, scraped off with a vegetable peeler or sharp knife 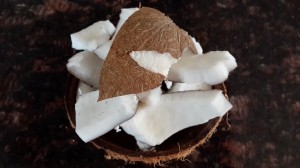 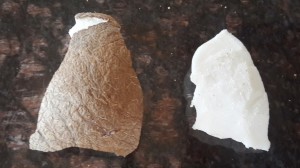 You may know cut into smaller pieces rinse off with water to remove any debris on the coconut. 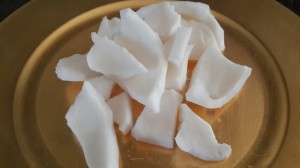 The coconut is now ready for shredding – using a grater or the grating attachment of your food processor.  After shredding, a coconut should yield about 2- 2 1/2 cups of shredded coconut 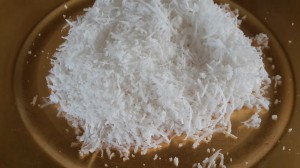 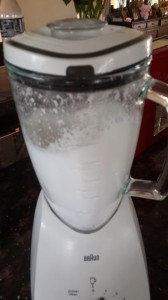 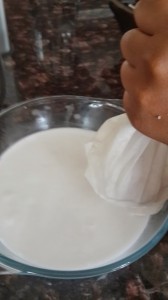 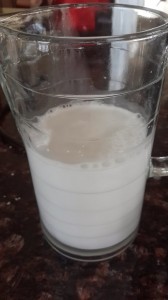