﻿Arose really early to get this going, it was done by breakfast time and my non-Paleo family lapped them all up, save 1, which I will have for lunch today

Tandoori chicken is an extremely popular dish. I think it’s fair to say it’s probably one of the most ordered dishes at any Indian restaurant. It’s typically marinated with yogurt and spices and then baked in a tandoor aka a clay oven. My tandoori chicken is made with freshly ground spices and coconut milk. You can’t taste any coconut in this dish – it just helps tenderize the chicken the way that yogurt would.

Tandoori chicken is usually made with skinless chicken. Thankfully, as my aversion to chicken skin wouldn’t catch me trying it with skin on!  I used drumsticks as I hadn’t had them in a while, but any cut of chicken will do.  I know most people typically cook with the skin on because it keeps the chicken from drying out. Not to worry – the coconut milk will keep this chicken nice and juicy.
If you’ve ever eaten tandoori chicken before, you’re aware of its signature red color. Well, that’s food colouring.  No amount of paprika can get you that shade of red. Chilli powder will work, but that will make the chicken inedibly hot and too spicy.  To get a reddish hue, you can make a couple deep incisions on each drumstick and then with a spoon, add a mixture of paprika, salt and lime. Do this before adding the marinade and you’ll get a redder colouring than you would otherwise. Additionally, this will help get more flavour into the chicken.
When you blend your marinade, it should have some texture. You don’t want a completely smooth paste. Texture will make your chicken look a little more authentic and you’ll be able to better taste some of the individual flavours in the marinade. Once the chicken is well coated, add two tablespoons of Olive oil on it.  (Mustard oil is generally  used as this will give the chicken a nice sheen and add a touch of tanginess to the dish).
When you take a bite of this chicken, you’ll see that it’s just as good if not better than what you’ll get in any restaurant. 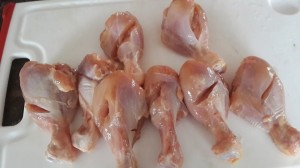 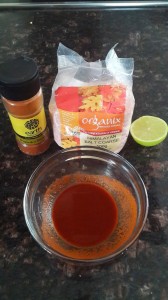 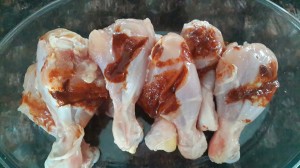 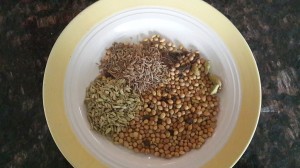 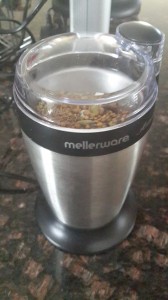 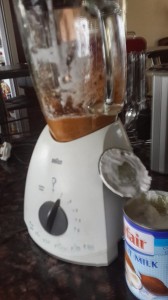 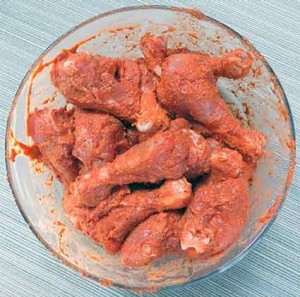 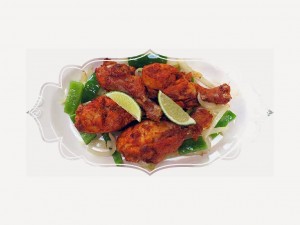